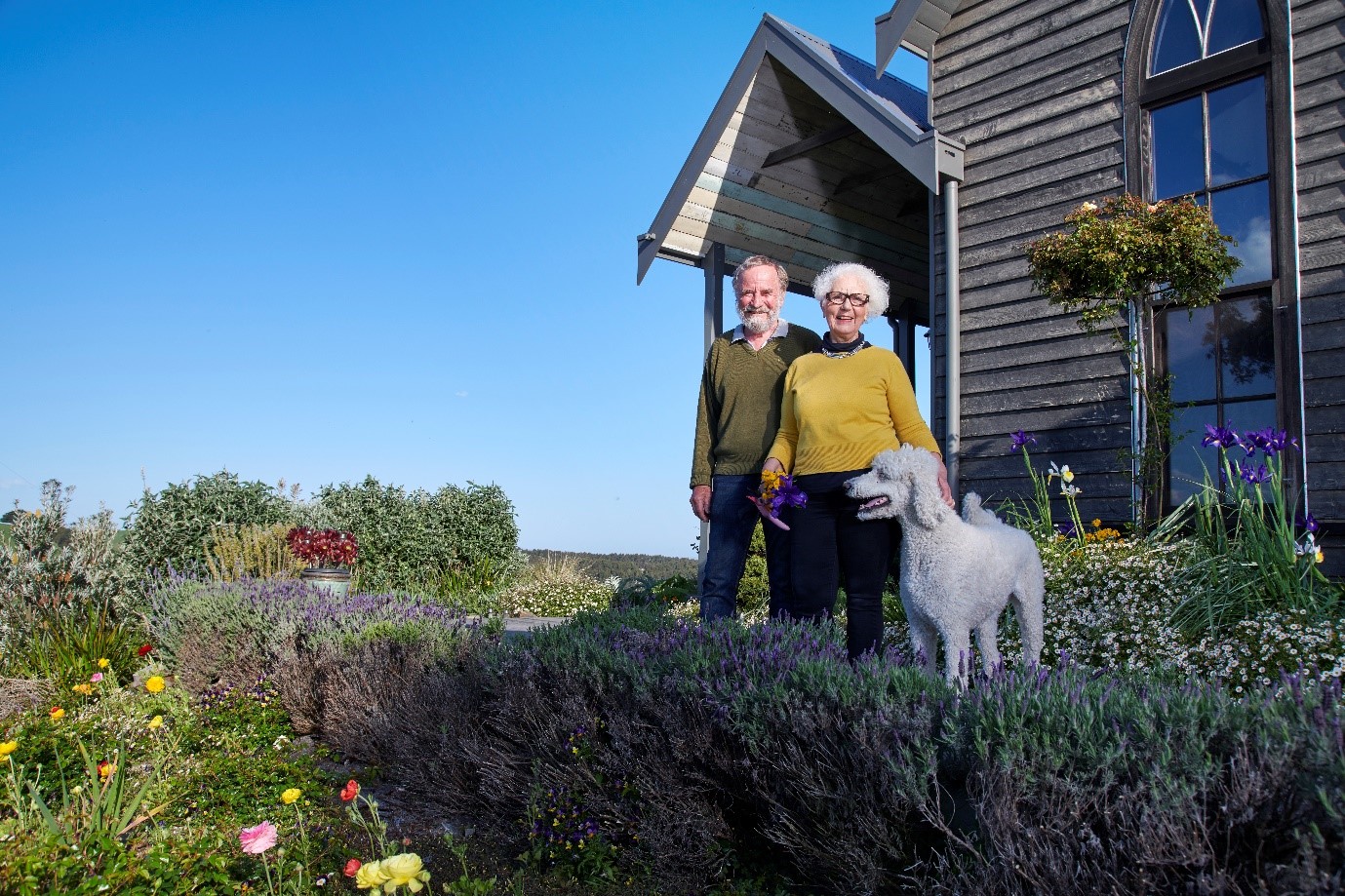 In the kitchen garden

Our part of South Gippsland has quite distinct seasons and the gradual lengthening nights of autumn leading to the chill of winter brings to the Church House the harvesting of the end of summer crops, the planting of our winter vegetables and the laying down of preserves to last until the next season.

Winter has come early and somewhat frigidly to south eastern Victoria, and this is evident in the kitchen gardens and orchard.  The last of the figs are being poached and dried. The fig jam and fig honey we are making will be a delicious accompaniment to our house made croissants, and of course the fig honey ice-cream which has proven to be such a hit.

Talking of figs, I could not resist using this image of figs by Paulette Tavormina, (www.paulettetavormina.com/), a New York photographer who composes  the most beautiful still lives you’ve ever seen; intricate studies of figs and roses and fruit that look more like 17th-century Old Masters’ paintings than something put together on a 21st-century photography studio. Look her up; her images are exquisite!

Garlic, winter brassicas such as Brussel sprouts, cauliflower and cabbages, onions and lettuce have been planted. The last of the tomatoes are in the kitchen as are the pumpkins. Artichokes plants are both incredibly visually beautiful and delicious to eat! We have lifted, divided and replanted 150 plants into the beds outside of the breakfast terrace.

Garlic, winter brassicas such as Brussels sprouts, cauliflower and cabbages, onions and lettuce  have been planted. To nurture them over winter they are surrounded by sawdust, snail pellets  (better to be sure than sorry) for  a bountiful supply for our table. The last of the tomatoes are in the kitchen as are the pumpkins. Artichokes plants are both incredibly visually beautiful and delicious to eat! We have lifted, divided and replanted 150 plants into the beds outside of the breakfast terrace. Not to mention their beautiful flowers when left unpicked.

In the orchard and olive grove

The olives have been harvested by hand and delivered locally to the oil press in Fish Creek to be pressed for the oil we use in the kitchen. (It’s a shame I don’t have a photo). You will need to visualise the olives being raked by hand and being caught on an upside umbrella hung from a lower branch! Why you ask? Because of the contraption around each tree to stop the sheep from destroying the trees.

In the vineyard and cellar

The fruit trees and grape vines are being pruned as they enter their winter dormancy, the Pinot Noir, Pinot Grigio and Sauvignon Blanc grapes in our house vineyard being carefully trimmed to develop the best wood for fruit production next year.  The aim is to grow sufficient quantity to make 365 bottles per year and to enjoy one per day. We had hoped that this year’s crop would do that but the weather this summer has diminished the crop, so perhaps next season. The wine he has made is quietly maturing in the cellar. Peter has been buoyed by your compliments when having a taste on his own home made Pinots and so a little disappointed at not having a bigger crop.

There is of course no shortage of local wine such as neighbouring Waratah Hills and Berrys Creek’s Bellvale which we often serve to complement our food.  Did you know that Waratah Hills have produced a pinot infused Gin – it’s quite special? On a similar note Peter has at last been fully catalogued his cellar (about 1500 bottles) so for those that like a heavier red or an old red – you will be able to choose from a comprehensive selection.

The cellar is also a great space for maturing our house made salami and salumi as well, as well as storing our year’s supply of garlic.

In the Church House

One of the features of the Church House is the eclectic collection of unique decorator items.  The bronze figure between the kitchen and the staircase is worth noting. It is a maquette by renown sculptor and friend, Peter Schipperheyn of the work ‘Thus Spake Zarathustra’, a magnificent bronze standing  4.2 metres tall. Now installed on an island in the McClelland Sculpture Park in Langwarrin, ‘Big Z’ was commissioned by the Dame Elizabeth Murdoch Sculpture Fund and is part of the permanent collection. Whilst there are some obvious similarities between the two works, our man is less hirsute and a little softer somehow, perfect for a home gallery. As Peter explains: “My figure could only be nude; the body is the ‘spirit’ clothed by flesh, creation conscious of itself, the moment between being and becoming.” www.peterschipperheyn.com.au 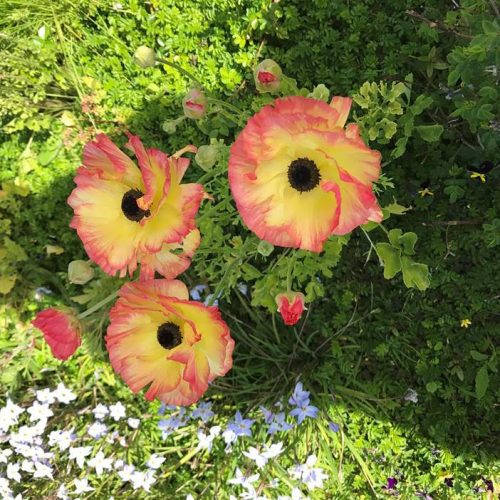 There is something incredibly refreshing about Spring. It heralds a time of fresh beginnings and new opportunities to start over. It also provides us with a time of quiet and reflection; to recharge our batteries before the busy season begins, and notice the changes taking place around us. So much has happened in the Church House recently, and it seemed like the right time to start our blog and share our news.

Some Firsts For The Church House

Agnes Waterfalls are looking spectacular now. We like to take a glass half full approach; therefore, we thank the torrential rains of late for the energy of the cascades. We recently hosted a  walking group  (Life’s an adventure tours – to become a monthly feature) to the Church House, and they were thrilled with the photo opportunities that the showers provided them ;nature in full bloom, and even novice photographers are taking some great snaps.

In another first for the Church House team, we prepared an entirely vegan and gluten-free meal for some special guests. Bellies were full, and feedback was great, and us vegan virgins got a real taste for a plant-based diet. Although not enough to be able to drag us away from munching on our home-made Salumi; the first attempt at making it and happy to say that it was a rip-roaring success. 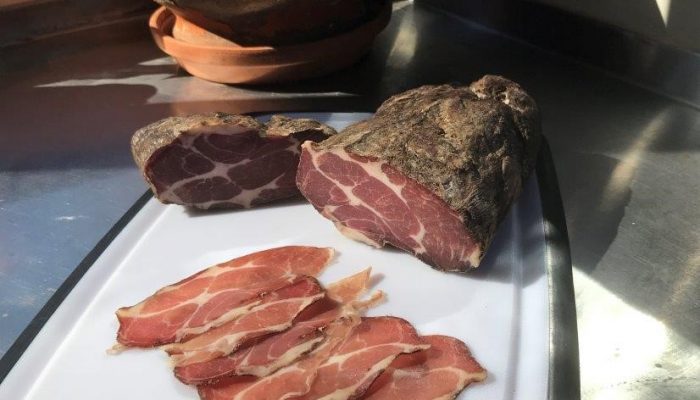 We have big plans for the kitchen garden; we cook all of our own home-grown produce, which satisfies our guest’s tummies and our green fingers. The objective is to plant  regularly to sustain our day to day vegetable requirements. Soon we will also begin the harvest of the summer fruits to be poached to serve at breakfast, and create some beautiful conserves to complement our freshly baked bread and croissants. 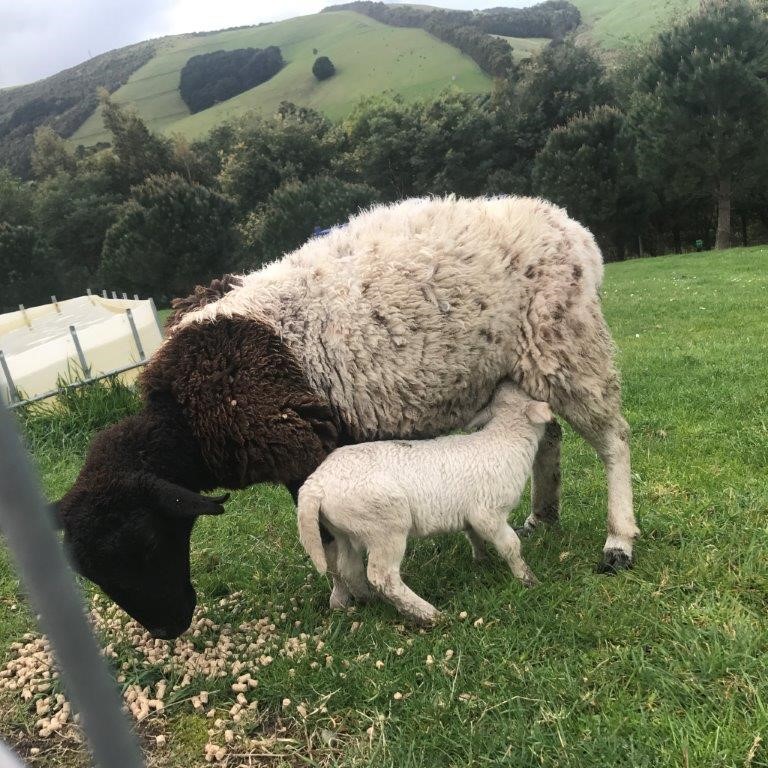 The last ewe has just lambed giving us a total of 8 Spring lambs which are just divine. There is nothing like hearing a spontaneous “baaaaa” to break up the tranquillity of the Church House setting.

In more local news, our little town of Fish Creek is living up to its name of “arty capital” of Prom Country. Gecko Gallery has added a coffee shop to its offering; its little take on Melbourne coffee culture. Gibson’s a new restaurant has also opened, while The Paddock has taken the place of the previously popular 9-Acres.

There has been so much to be thankful for over the last few months, but with all the changes of late, the Church House team can feel the excitement in the air as our new chapter begins.